Megan let the snowflakes glide and melt on her tongue, each crystal an icy piercing balancing the heat her body felt immersed in the hot tub, creating an equilibrium. It was early November, and deep snow usually did not arrive in Michigan until later in the month, but everything was unusual right now. It was their tenth anniversary, and as she looked across the hot tub at his smiling face, she remembered the day they met. Every line in his face told their story, and she could see a patch of his skin still smooth and carefree from their youth.

They met after the chemistry lab she failed, on another deep snow kind of day. It was the day they would get eight inches of snow on the campus of Michigan State University.

She was catching snowflakes on her tongue when David walked up behind her and said, “You know that you are probably swallowing chemicals from the atmosphere with each snowflake you eat, right?”

“I don’t care. I just failed my chemistry lab. I am probably poisoned with chemicals from that. And for what? An F?”

“I know. I sit three tables behind you, and I saw about six things you did wrong to get you that F.”

Megan narrowed her eyes at the curly haired, lightly bearded, Doc Marten wearing misfit now face to face with her. He struck her as Iggy Pop crossed with Screech from Saved by the Bell. He gave off positive energy, a proton with hands in mittens swaying wildly.

“If I was doing everything so wrong, then why didn’t you step in to help, genius?” Megan put her hands on her hips and watched as her flirt magic made the boy more awkward than he started. She was more like an electron.

He lifted one side of his generous lips in a crooked smile. “You don’t seem like the kind of girl who wants help. You strike me as a live and learn scientist. This is probably the creepy point where I should also admit that it is fun to just watch you. I’m David…David Gheen.”

“Megan Lackey. David the Creeper, would you like to walk with me in the snow and get slightly drunk in my dorm room talking about what I’m going to do with my life now that I’m ­a chemistry failure?”

“You probably should have saved that for the second hookup, but I’ll still take you with me today.”

They locked hands; free radicals now paired. The snow whipped their faces as they walked, and their bodies drew closer, creating a heat catalyst for the attraction chemistry between two lonely people. He smelled like soap and coffee, and she smelled like strawberries from the shampoo she used that morning. In her room, they drank cheap red wine, watched Pink Floyd’s The Wall, listened to Nirvana, and welcomed the morning in bed together. It was the first day of the rest of the chemical reaction that would keep them together until it was not strong enough.

They married the November after they graduated from Michigan State. It snowed so badly that day it kept the flights of their guests grounded. It was their addition reaction during an absolute zero day. They earned their doctorates together on the banks of the Red Cedar River and refused to leave the campus of Michigan State until they were made professors, becoming reagents in the experiment of everyday life. They did research, taught, and laughed over expensive red wine on a blanket on campus grounds. Sometimes making out as if they were still students, a covalent bond in a divorce and run world.

Megan now sat staring at David’s face, the snowflakes too heavy for her tongue, their crystalline structure disintegrating like her and David would when their bond could not fix everything.

“I need you to be okay, David. You have to move forward with this.”

“I refuse to be an experiment. You know that. I thought we were on the same page. I’m tired.”

“You don’t get to quit. There is more we can try. We made all of this together, and I…I mean we need you to see it through.”

They were a few feet apart with angry, free-floating energy between them, wayward molecules not connecting.

“You can do this. I know you can, Megan. I will always be with you even if this can’t be fixed.”

Megan’s memories and David’s face floated from her in the steam rising from their hot tub. It had been 10 years since she felt at equilibrium. Today was the anniversary of when their bond abruptly broke. A reaction had started inside of her the last time David made love to her before cancer decimated his body and soft, curly hair. Before receiving the call to say goodbye, she dropped a lab beaker and sliced her hand open. She showed up at the hospital, her hand wrapped in a scarf they bought in Italy at a conference of world-renowned chemists.

He smiled, sparks of yellow still igniting his brown eyes. “Remember the day you failed your lab?”

“How could I forget?” Her throat burned from holding in a sob. He placed his hand on her arching belly, and his exothermic warmth caused a kick.

Before Megan could tease him, his beautiful particles, the ones she tried so desperately to put back together for the last year, found their permanent resting state.

Megan returned to the present, feeling the smack of a frigid, solid state orb against her cheek. It was a perfectly packed snowball which then hit the hot water in the tub and disappeared as if its matter never existed. The unmitigated giggles of a boy followed…her curly haired, brown-eyed son, every bit as kinetic as David.

2 thoughts on “The Chemistry of Snow” 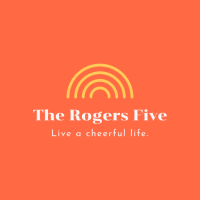 Follow Kelly Rogers on WordPress.com
Pick Me Up Poetry
The IT Girl
Edge of Humanity Magazine
The Alchemist's Studio